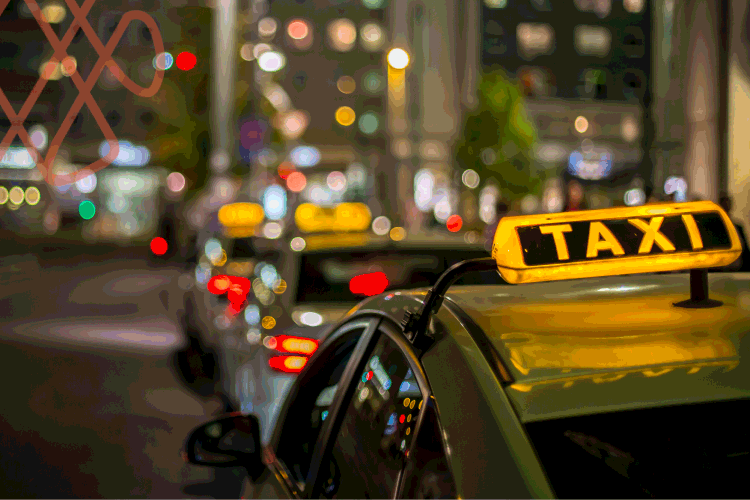 The benefit of hindsight is always useful when pointing out the errors of others, but additionally looking at everything the Australian taxi industry did wrong in the face of new competition from Uber is a great way to learn valuable lessons.

Incumbent businesses in almost all industries are facing challenging times, and unprecedented change brought on by rapid advances in technology. Following are six lessons we can learn from the errors of the Taxi industry.

It might sound stupid to include the importance of customer experience as a lesson we can learn, but repeatedly incumbent businesses who have been running the same way for decades, fail to understand what their customers really want. Uber solved three small but annoying problems that the Taxi industry failed to see as problems:

While many observers would argue that the number one point of difference offered by Uber was a cheaper price, it’s important to remember that when Uber first launched in Australia in October 2012 it was with Uber Black, which is more expensive than a conventional Taxi. Even after the more economic Uber X service was launched 18 months later many riders chose (and still choose) to take Uber instead of Taxis even when Uber surge pricing makes them a more expensive option than a Taxi.

Find out what your customers don’t like about what you do and work constantly to improve it. New entrants into the real estate industry will be looking at customer pain points and how to solve them, and will take your customers from you, if you don’t solve these problems first. Examples of problems that new entrants to the industry are already trying to solve include:

These are just a few examples of many real problems for most consumers, and the more they are addressed by the traditional real estate industry, the less likely the industry will face wide scale disruption.

Don’t Rely on Legislation To Save You

When Uber launched in Australia the service was essentially illegal in every state and territory. The Taxi industry’s major strategy to compete with Uber was to rely on the law to stop Uber from operating. What the Taxi industry failed to take into account was that consumers were fed up with poor service provided by the Taxi industry, and that law makers would ultimately act in the best interests of the general public by changing the laws that made Uber illegal. In 2017 every state and territory except NT, have passed or are about to pass legislation legalising ride sharing apps.

And to be clear, new technology entrants to the real estate industry will ignore legislation if it gets in the way of providing a better or cheaper service to consumers.

Disruption in any industry does not affect all incumbents equally. Businesses that are running efficient profitable low cost models, have more time to adapt before running into trouble when an aggressive competitor enters the market. Look at it this way. If you are running an efficient real estate agency, with 50% profit margins, you can afford to lose 50% of your customers and still break even. There are some taxi operators who are now running better businesses than prior to the introduction of Uber. Why, because the cost of buying a taxi license is now half what it used to be, and those that were able to take advantage of the lower cost to expand their operation can do so at half the cost.

Disruptors (no matter how aggressive) rarely wipe out an entire industry. To be a winner in the face of disruption requires you to be adaptable and to run an efficient low cost business with big profit margins and low levels of debt.

Uber started in the US in March 2009, by the time they launched Uber X in Sydney in March 2014 it had already impacted taxi companies across dozens of other cities in Europe and North America. The Australian Taxi industry had 5 years to learn and adapt. Examples of what not to do when Uber comes to your city had already been set across multiple countries. For example, when taxi drivers went on strike in London, Uber saw an 850 per cent jump in sign-ups. It follows that protests and strikes that generate media attention about Uber was not the solution, but it’s exactly what happened in a range of cities across Australia.

Be ready when new competition comes. One of the great benefits of being an isolated island with a small population is that Australian industries are going to have plenty of warning before foreign disruptive technology comes to Australia. To avoid being caught out, real estate agencies across Australia should be closely monitoring what happens in overseas real estate markets.

Collaboration is the key to success in a fast changing world. Two of the three consumer problems solved by ride sharing apps (knowing where your taxi is, and seamless electronic payment), could easily have been solved if the Taxi industry worked together and developed one Taxi hailing app used by the entire Taxi industry. It’s still something that the incumbent taxi industry in Australia cannot agree on.

Your future competitor is not the local LJ Hooker, Ray White or independent agency down the road. It’s a group of kids with laptops working out of a garage somewhere in the world.

Working together to solve problems, to give customers a better experience is the only way to protect the future of the incumbent real estate industry. Just a few examples of fundamental issues that could be solved if the entire industry was to work together include:

Invest in The Disrupters

Having specialist knowledge in an industry provides enormous benefits when investing in technology that could disrupt your industry. For example, major players in the Australian taxi industry knew about the massive growth of Uber well before the average person on the street. What better way to protect your risk than to invest in the very businesses that could disrupt your current business. There would be few Taxi operators today who wouldn’t agree that investing in Uber when they first heard about it would have been a great idea.

Use your specialised knowledge to invest smartly in new opportunities.

This same strategy is employed by large corporates on a regular basis. For example, Westpac Bank (and many other Australian Corporates) have a corporate venture Capital fund that only invests in technology that could disrupt the banking industry. This same strategy on a smaller scale can be employed by the real estate industry and is the very reason PieLAB Venture Partners was formed. While PieLAB runs the only real estate technology specific investment fund in Australia, there are several venture capital funds in the US pooling the resources of real estate agency groups to use their knowledge and networks to invest at a significant advantage to the market. 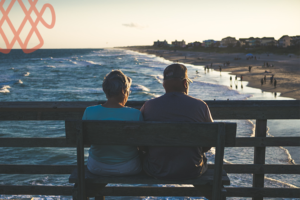 The Great Retirement is the trend to watch in 2022 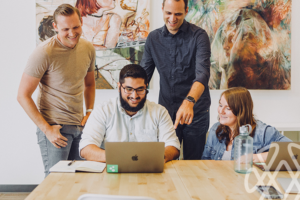 How to foster a culture of success in your workplace 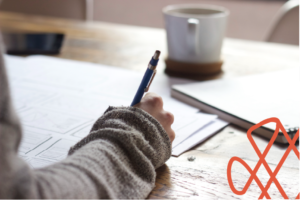 CHECKLIST: 10 things to do before you consider selling your company

Sound like the perfect fit?
Talk to us about becoming a PieLAB
portfolio company.